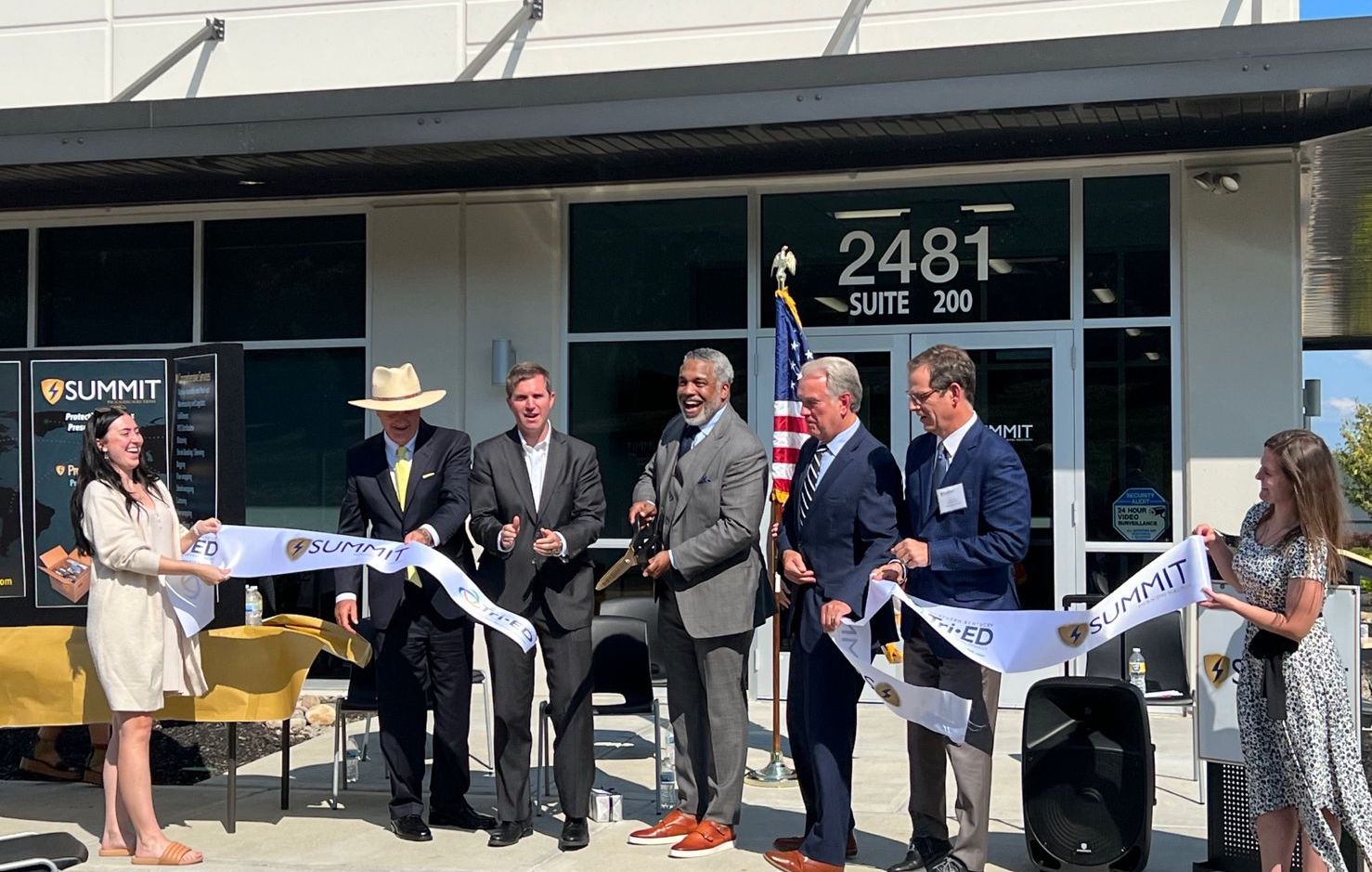 “I am so happy to join leaders from Summit Packaging today to cut the ribbon on the company’s new operation in Northern Kentucky,” Gov. Beshear said. “This project is creating a variety of quality jobs and capitalizes on the commonwealth’s strong infrastructure and logistical capabilities. I am excited to welcome the company to Kentucky and see it grow for decades to come.”

The newly opened 276,000-square-foot Operations Center of Excellence helps accommodate Summit’s growth in the Midwest market with support of new and existing customers in the region. Summit is creating 185 contracted production line jobs at the location, as well as nearly 70 direct full-time positions, which include assembly and production, maintenance, management and supervisor roles. Company leadership noted the region’s extensive transportation network, availability of a skilled workforce and strong community partnerships as decisive factors in locating the project in Boone County.

“We are thankful for the warm welcome to Boone County,” said Summit CEO Adam C. Walker. “We are pleased to be part of Kentucky’s expansive manufacturing presence. The Summit Operations Center of Excellence complements our existing manufacturing footprint and is a benchmark for advancing our core principles of eliminating waste, improving product quality, driving operational efficiency and reducing cost and time. Our goal is to empower an inclusive and engaged community culture, and proudly bring manufacturing jobs to the region through our partnership with Northern Kentucky Tri-ED and other city, county and community entities.”

Summit was founded in 1984 and acquired by a holding company established by Walker in 2014. Company leaders have since made multiple acquisitions, now operating assembly operations in Georgia, New Jersey and Pennsylvania, with corporate offices in Georgia and Ohio.

“Summit is an award-winning manufacturing company serving top consumer products goods (CPG) brands. We’re glad to have their newest Operations Center of Excellence in Boone County,” said Judge Moore. “We welcome them and the hundreds of new jobs they are creating in Northern Kentucky.”

“Summit is an ideal company that aligns with our manufacturing and supply chain management sectors in Northern Kentucky,” said Crume. “With companies looking for redundancy and optimizing their supply chains, the Cincinnati region is an ideal location for Summit and its customers.”

Summit’s investment and planned job creation furthers recent economic momentum in the commonwealth, as the state builds back stronger from the effects of the pandemic.

In 2021, the commonwealth shattered every economic development record in the books. Private-sector new-location and expansion announcements included a record $11.2 billion in total planned investment and commitments to create a record 18,000-plus full-time jobs across the coming years. Kentucky’s average incentivized hourly wage for projects statewide in 2021 was $24 before benefits, a 9.4% increase over the previous year.

In the past year, the Beshear administration announced the two largest economic development projects in state history. In September 2021, Gov. Beshear and leaders from Ford Motor Co. and SK Innovation celebrated a transformative $5.8 billion investment that will create 5,000 jobs in Hardin County. And in April of this year, the Governor was joined by leadership at Envision AESC to announce a $2 billion investment that will create 2,000 jobs in Warren County. These announcements solidify Kentucky as the EV battery production capital of the United States.

The economic momentum has carried strongly into 2022, with both S&P Global Ratings and Fitch Ratings upgrading Kentucky’s financial outlook to positive in recognition of the commonwealth’s surging economy.

And Site Selection magazine placed Kentucky at 6th in its annual Prosperity Cup rankings for 2022, which recognizes state-level economic success based on capital investments.

Kentucky has posted record low unemployment rates for four consecutive months, falling from 3.9% in April to 3.8% in May and 3.7% for June and July.

In July, the Governor reported the highest annual growth rate in 31 years. And for the second year in a row, Kentucky’s General Fund budget surplus has exceeded $1 billion. Also in July, Gov. Beshear reported that the state’s Rainy Day fund is up to a record balance of $2.7 billion, significantly higher than the $129 million balance the fund had when the Governor took office.

By meeting its annual targets over the agreement term, the company can be eligible to keep a portion of the new tax revenue it generates. The company may claim eligible incentives against its income tax liability and/or wage assessments.

A detailed community profile for Boone County can be viewed here.

Information on Kentucky’s economic development efforts and programs is available at CED.ky.gov. Fans of the Cabinet for Economic Development can also join the discussion at facebook.com/CEDkygov, on Twitter @CEDkygov, Instagram @CEDkygov and LinkedIn.

Read about other key updates, actions and information from Gov. Beshear and his administration at governor.ky.gov, kycovid19.ky.gov and the Governor’s official social media accounts Facebook, Twitter and YouTube.